Batu caves are one of the biggest Hindu temples in the country. It is also known for its Hindu festival Thaipusam. In recent days it has become a Hindu pilgrimage not only for Malaysian Hindus but also from other parts of the world. There are three main caves here followed by number of small caves. The temple of lord Muruga is situated here, and he is considered to be the son of lord shiva. In these festival devotees carries milk on their head as an offering to the lord. The offering to lord Muruga is given either by hand or huge decorated careers called Kavadi. Kavadi is generally decorated with flowers and Indian peacock feathers. Batu caves also show the cultural heritage of the country and every religion is equally respected.

More than one million people come for the pilgrim in the country making it one of the largest pilgrims in the country. It is a place which is just 13 kilometres from the main Kuala Lumpur city. Hence all the things are within reach and if your family wants to visit this place and you are not, you can visit this place for fun also because there are gambling areas and casino nearby it. That will make good trip for you and your family.

It’s true that batu caves have got most of its importance as pilgrimage of Hindus but it has a great variety of flora and fauna also. Along with these caves there are other unexplored caves and has also got different types of living species. In fact this place is an opportunity for people to explore cave fauna. Due to the unique structure of rock formation, many different types of species are found here which is difficult to find anywhere else. Some of the examples of species are Liphistiidae spiders, Eonycteris and rousettus spiders. Apart of these species this place is also known for macaque monkeys.

There are other adventure that can be done here that is rock climbing. There are climbing distances of around 160 metre. Apart from thaipusam festival, this place is visited throughout the year by the Hindus all over the world. These caves are formed by limestone and are said to be formed around 400 million years back. The main attraction of the cave is that it has hundred metre high ceiling.

The management of batu caves is managed by board of management of Sri Maha Mariammam temple Devasthanam. This is the same authority managing the Sri Mahamariamman Temple, Kuala Lumpur and the Kortumalai Pillaiyar Temple. It is the same organization which performs the role of Hindu religious consultant to the government of Malaysia.

On the whole batu caves are perfect destination for tourist in many ways. First there is enormous amount of flora and fauna present in the religion. Second there is availability of adventure sport such as rock climbing. It is also a perfect destination in religious point of view and exploring Hinduism. So this place is worth to be considered a tourist destination. Lots of things to do, check out more Malaysia Tourist Attractions.

Tip: You may have restricted internet. Find out more on how to bypass internet restrictions & open blocked websites here

When traveling you will find that the internet is not what you may be used to it being. Websites may be blocked but luckily, their is a solution! Access Blocked Websites with a VPN.. 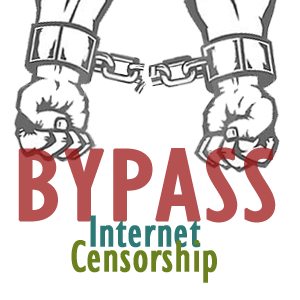